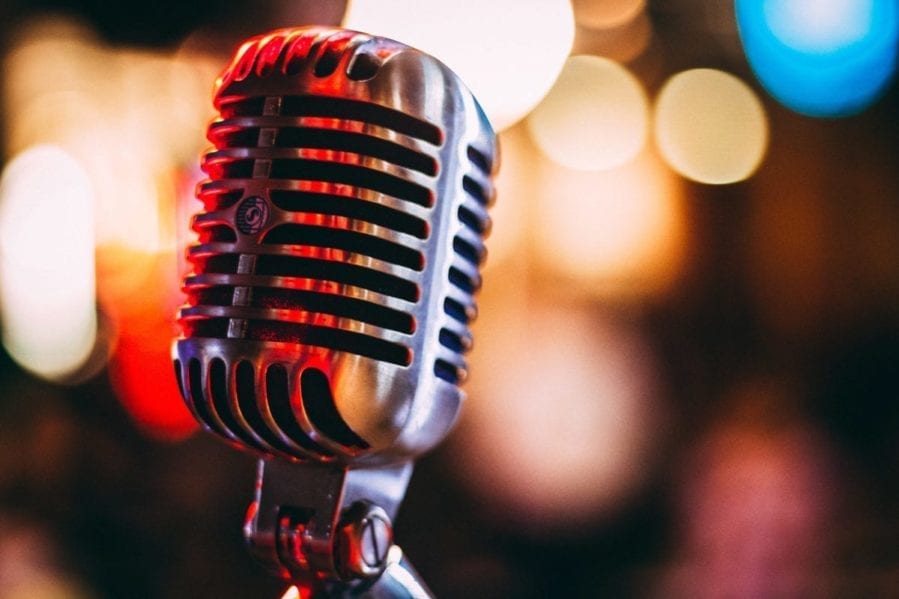 Introducing, the 5 Best Standup Specials sure to make you laugh. We can all use a relaxing good time and these comedians deliver. It’s exhilarating to find a sure thing that tickles you enough to let loose and guffaw. Those comedic tears racing down your cheeks free you, baby. Let it all out.

Ever been to Times Square in NYC? If so, you’ve heard this question echo the sidewalks, “Do you like comedy?” Otherwise unemployables shout it. They hand out allegedly free tickets to standup shows. But these shows aren’t free. There’s a two drink minimum. Drinks are $20 each but YOU said you like comedy. See that’s the trick. Everybody likes to laugh. It’s human nature to like comedy. The lure’s a sure thing when Times Square fisherman bait with loaded questions.

Sure, we all love to laugh and some peeps are just better at delivering the comedy goods than others. LadyKflo’s composed a list of the Best Standup Specials on Netflix. They’re all guaranteed hilarious – Sure Things and there’s even a blurb for each to tell you why. Are they in any particular order? Hell, yeah they are – best is #1, as it should be. The world is chaotic enough. Even so… all five are fantastic.

Ever heard of the Bitter Buddha? He’s my absolute favorite comedian, Eddie Pepitone. Nobody does smoother transitions between soft spoken good cheer and momentous unrelenting rage. Eddie’s deep and thoughtful while remaining down to earth. In Ruins shows Eddie at his best. He’s ingratiating. Eddie can rant and rave. Then he downshifts, soft and sweet, into how much he loves his hat.

In fact, my favorite parts of this set are Eddie’s digressions. I love his mind. He’s one of those natural talents. Of course, he’s been doing standup forever and it’s well-crafted work – not spontaneity. But he’s so darn skilled that it feels unfettered by planning. That’s why I love him. You can tell he’s a sweet man offstage too. I already knew this before In Ruins. How? Because I saw a documentary on him years before I discovered it. The doc’s “The Bitter Buddha” if you want to check it out. I love how well the flick illustrates Eddie’s charm. He’s the kind of guy that makes you want to hang out after a show and meet him. That’s why Pepitone’s piece belongs among the Best Standup Specials.

But his absolute best is In Ruins. It makes me laugh so hard I’ve got tears streaming down my face. Eddie does a bit about auditioning for a detergent commercial that kills me. Sometimes when I’m bummed I watch it. Every time it lifts me right out of the dumps. He’s so real and hilarious. This man worries about things. He weeps. He rages. Eddie cares. He’s intense. But most important, he makes me laugh.

Mulaney has mastered storytelling with a voice all his own. These hilarities are unique to John’s. Still each story’s so well told it feels like home. His Law & Order Special Victims Unit bit shows he’s a true bro. In fact, he lives in the same TV watching universe we all enjoy. His comedic observations are perfection. Mulaney articulates things we’ve always thought. The Trump joke alone remarks on the man with such perfection, it holds strong still.

Why worthy of a spot among the Best Standup Specials? This whole standup special stays funny with repeated viewing. It’s destined to be a classic. Best news of all – John Mulaney has more specials now! They are also major funny. There’s The Comeback Kid and Kid Gorgeous. Both are pee-in-your-pants funny. This guys got the goods and it feels phenomenal to share them with you.

Kevin Hart: Laugh at My Pain

First things first, fast forward fifteen minutes. This gets right to the standup act. It skips what a long road it’s been becoming the amazeballs magical comedy man Kevin Hart story stuff. Let’s get straight to the laughter. And once you do, there’s still an entire hour of chuckling your buttocks off. Believe it or not Hart’s personal finances are relatable. His unforgettable family life will leave you reeling. Hart portrays his hilarious cokehead Dad with gusto. His vengeful family funeral attendees actually feel familiar.

Why worthy of a spot among the Best Standup Specials? What makes him special is that Kevin puts his whole heart out there on stage and keeps it 100% real. He’s makes you feel like you’re best friends out for the night. Watch him for a raucous good time. Kevin Hart has lots of specials but his earliest work is best. So, search backward if you want more heart from Hart.

You gotta love Gaffigan, the palest boy next door in the land. He’s got tons of kids and stories galore that are certain to ring true for anyone with a child. Yes, it’s all true. Going to Disney IS like a day waiting in line at the DMV on the surface of the sun. His spiel on photos hits home. Then Jim follows up with hilarious body talk. The magic of black clothes as well as gym misbehavin’ are relatable city. Then, of course, there’s Gaffigan wheelhouse bits on the glorious delights of food.

His real gift lies in that ability to riff on and personify anything. That’s why he’s worthy of a spot among the Best Standup Specials. He can make you laugh playing a pair of socks. It’s a small world in Gaffigan’s comedy. For instance, his bit on hotels reminds us we’re all staying at the same damn place. It doesn’t have to end here with Gaffigan either. You can watch his hilarious and (sadly) short-lived sitcom. It’s The Jim Gaffigan show and available on Youtube as well as Amazon Prime. Check it out for a glorious pile of relatable fun with too many kids to boot.

Gary Gulman: In This Economy

I gotta admit it. This guy’s the reason I started loving standup. I relate to Gary. He kills topics like Netflix, the discman, and The Karate Kid. These are just a few of the multifarious bits he rocks hardcore. His writing delivers a comedic adventure. Gulman’s so special his drivers license says “kind” next to “eyes”. I like a man who stays on topic and this guy’s a pro. He sticks to his financial theme throughout and keeps us laughing. Gary shares hilarious recession-busters. He even portrays a gut-busting original conversation between Bill Gates and Trump.

But his specialty lies in specific details. With them, he reminds us about things long forgotten. That’s why Gulman’s more than worthy of a place in the Best Standup Specials. This one’s primo. There’s the receipt paper from Jiffy Lube – perfect for keeping if you happen to have a 35 ring binder at home. Gulman’s also a damn good person. How do I know? All Comedy Twitter’s aware of this saint. He uses the usually toxic playground to share brilliant writing advice. Check him out on Twitter @GaryGulman and see for yourself. This guy is pure gold.

A version of this article appeared here on Fetchland.com, October 28,2015.