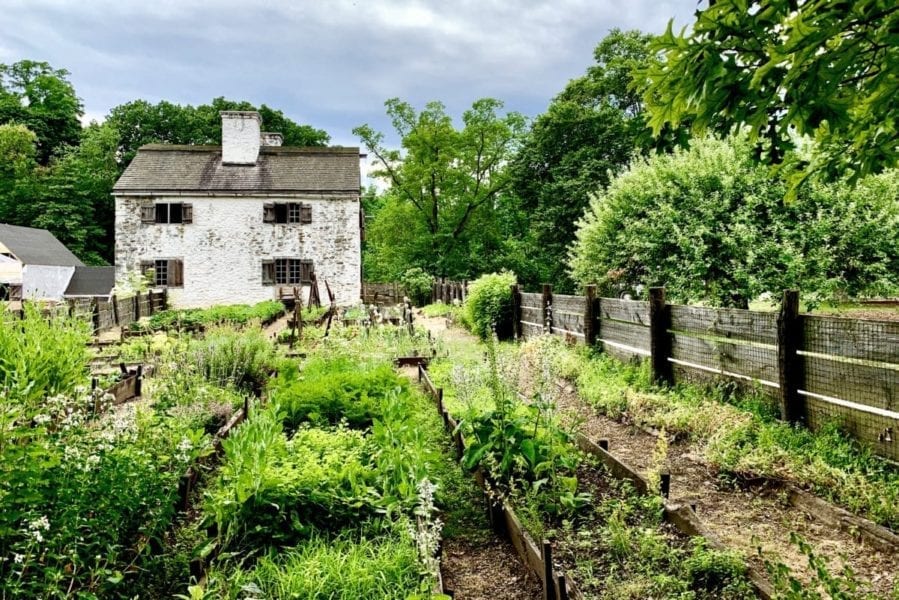 Philipsburg Manor nestles in historic Sleepy Hollow, New York. It lies about a half hour train ride outside upper Manhattan. This landmark estate tour isn’t like the others. That’s because it reveals the harsh reality of manor slaves. In fact, these tours shine light upon their daily lives.

Listen to the podcast version of this with a click below.

Most home tours for the richest early Americans focus on wealthy family members. But this one tells stories of the workers. These people kept the place profitable and vital. It was relentless work because they ran it night and day – 365 and 24/7. They were bound to the Philips family plantation as African captives. So, such workers were both powerful and powerless – all at once.

Visit Philipsburg Manor for a surefire sense of another time. Tour guides create living history with vivid costumes and intriguing stories. They hold nothing back to dig into the nitty gritty. Many harsh realities come to light. From child labor to stories of slave revenge, it’s authentic to the core. Visitors come away stuffed with memorable stories and feeling the weight of history. This landmark came to life and now breathes inside them, impossible to forget. This experience stays with you more than a book lesson can.

In its heyday Philipsburg Manor wasn’t only self serving. It also worked as a provisional plantation. That means they supplied food to other plantations and farms that grew cash crops. The Philips mill produced flour. So, for people in the tropics, for instance, this was a rare and precious resource. Philips Manor sailed it oversees. In fact, maps of these trade routes and regions now hang on the main house walls. They made much of their income selling bagged flour in Manhattan as well.

One of the Philipsburg Manor slaves sold the flour in the city after an 8-hour boat trip from Sleepy Hollow. This trip was a solo ride. The African captive named Diamond earned his precious name from this crucial role. He made the hazardous journey in a tiny canoe-like boat. Visitors today see a similar boat on the manor tour. It’s smaller than seems possible for such a trip.

The slaves and their overseer ran the plantation like a keen engine. They worked on their own except for rare times when the Philips family came to visit. The family only visited to host business dinners with clients. These ventures sold slaves and made trade deals. Philipsburg Manor was all about business to them. It was never a home. In fact, they were devout Loyalists during the Revolutionary war. England was home to them.

The grand property didn’t serve as much of a home to its captive residents either. This is the biggest lesson of the Philipsburg Manor household tour. There are no pictures allowed inside the ancestral home. But, luckily, it’s unforgettable. That’s especially true of the slave quarters. It’s where they slept, worked, and barely fit – the confines are so cramped.

At Philipsburg Manor the tour guides bring guests into the slave experience. They visit rooms and sites to reveal slave’s poor living and working conditions. Visitors see and even try specific jobs they did as well. That includes millwork and threshing wheat. Guides also take guests into the cramped room where all 23 captive workers lived.

It’s a tiny basement room with poor ventilation and little insulation. The room’s so small, one can’t imagine there is enough space for 23 to sleep. In fact, there isn’t. The slaves slept in shifts. Even then, many likely rested in a sitting position. There’s hardly enough space for a tour of fifteen to stand without touching each other in the room.

Part of the exhibit in this room holds the Philipsburg Manor inventory list. It’s a record that the family used when they were trying to sell the property. After the Revolutionary war, they wanted to return to England. That meant selling the manor, piece by piece, an arduous process. This inventory thus defines the number and quality of items included for sale with the Manor.

The list reveals slave names and ages as well as their roles on the plantation. For instance, it shows that children started hard physical labor at age 10.  Only first names appear on the inventory unless there’s also a duty, such as “churner” or “thresher” for their primary job. Still, some names reveal multitudes – like “Diamond” – the most valued at Philipsburg Manor. As boatman, he had a critical and challenging role.

There was also Caesar, expert at the mill. He created a grinding method for the finest flour. Caesar also understood and ran the mill with unparalleled expertise. During the tour the millworker tour guide reveals Caesar’s genius. The guide shows guests grooves Caesar cut into the millstone. These created efficient milling. On the Philipsburg Manor tour there’s a chance for guests to try the hand mill. Unfortunately, few have the brute force needed to turn a grindstone even once around.

This brings up a memorable aspect of Philipsburg Manor. Because it’s a visit drenched in living history, tour guides take guests on a deep journey. Those of us who fall in love with history revel in the everyday aspects. In-person details draw guests into a place and time like textbooks never can. The same holds true for poignant stories.

The Philipsburg Manor visit tells an incredible story about the power dynamic at the mill. Tour guides point out that slaves were not as powerless as one might think. Things were not so simple. That’s because they ran everything and, in fact, were the only ones strong and capable enough to run the mill. It required incredible muscle and know how. The Philips family maintained neither. They were weak and clueless.

That means when the Philips made the mistake of too much nastiness to their slaves, revenge often arose. After all, the Philipsburg Manor mill was the whole point of the plantation. Its reliance on slave expertise put the Philips at the mercy of their African captives. Without them, the family had no means to make money off the mill. So, the power dynamic moved back and forth at Philipsburg Manor. It’s complicated, of course, as all human beings and their relationships are.