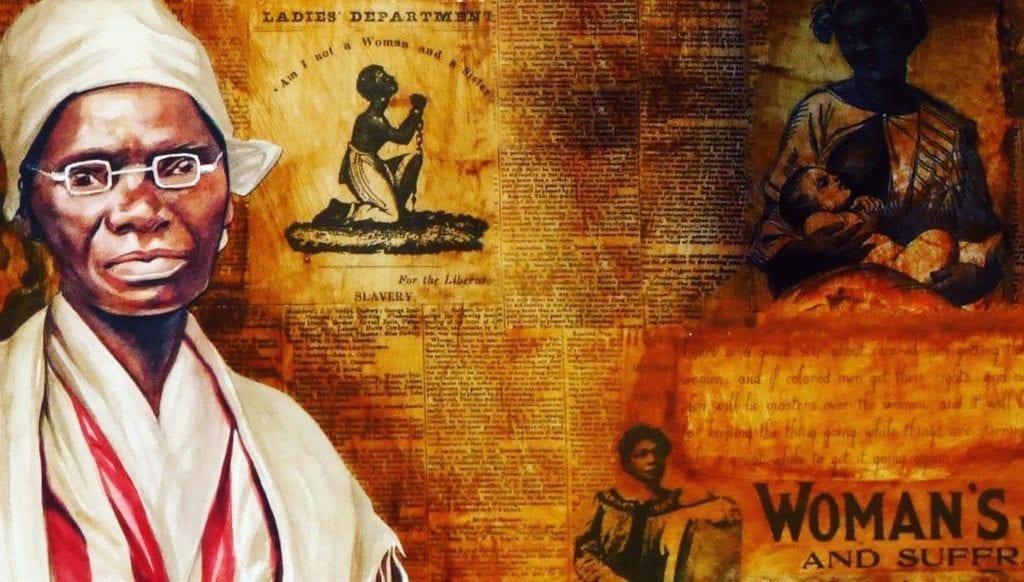 Charisma and extemporaneous insight earned Sojourner Truth a spotlight. She didn’t only grab attention in the mid 1800’s. Her impact remains today. Sojourner was born a slave. Lied to, raped, and robbed of her son, she fled her oppressors at the birth of her daughter. Sojourner converted to Christianity. She also dropped her slave name, Isabel Hardenburgh. The name Sojourner Truth empowered her new identity.

What Does Sojourner Truth Mean?

She chose the name Sojourner because it means to dwell temporarily. As a newfound Christian, the promise of glory after death meant infinite reward. Sojourner had little regard for her tenure among us on earth. This gave her extraordinary courage. Fearless, she spoke the truth no matter what.

Some Christians, like Sojourner feel called to “testify”. True believer testimony tells the story of how they became Christian. It’s meant to share revelations that give hope to others. Sojourner Truth chose her name with consideration and care. She shared her truth with such conviction that audiences couldn’t help but listen.

What Did Sojourner Truth Accomplish?

Sojourner’s biggest accomplishments were her speeches. She shared insights and stories to hold every kind of audience attention. There was cheering but also hisses and jeering. Sojourner’s frequency drowned her fears, though. She broadcast her own channel and everybody tuned in. Love or hate her, she wouldn’t be quiet.

Her most famous speech at the Akron, Ohio Women’s Rights Convention sets an example. It was a brilliant response. Rather than retaliate with anger or even retort, she spoke simple, humble truth. A clergyman warned Sojourner. He said that by asking for “rights” women were apt to lose the “consideration and deference” of men. Her subsequent speech struck right to this clergyman’s core. The quote below comes from a version in the Salem, Ohio, Anti-Slavery Bugle. It was published on June 21, 1851, one month after Truth’s speech.

I can’t read, but I can hear. I have heard the Bible and have learned that Eve caused man to sin. Well if woman upset the world, do give her a chance to set it right side up again.

Here Sojourner points out the flaw in the clergyman’s claim. It’s not deference or consideration that men use with women. It’s blame. But by allowing women to redeem ourselves in men’s eyes – that’s deference. Let us show our strength and worth, Sojourner says in response. She held herself proud and tall. In fact, Sojourner was often mistaken for a man due to her confident posture. That’s why this famous speech’s title – Ain’t I a Woman? – works so well.

Sojourner Supports Herself and Others

Ms. Truth supported abolition and women’s rights. She saw parallels between them. So, she infused her speeches with a passion for both. In 1850, a year before the Akron convention, she published a popular autobiography. Even for an educated person, born free, that’s quite an accomplishment. From the book’s proceeds she was able to support herself. Self sustenance like this was also a rare feat for any woman in those days.

But Sojourner did more than support herself. During the Civil War she visited and inspired Union troops on the battlefield. Then she followed up with them after the war. Sojourner helped the newly freed former slaves. She guided them in finding jobs and assisted them in creating new lives. After all, this is what Sojourner had done for herself not that long ago.

Sojourner’s Seat at The Dinner Party

The Dinner Party by Judy Chicago celebrates and honors history’s extraordinary women. Thirty-nine woman are represented with individual place settings. Sojourner’s shows her with three faces. Each conveys a different emotional aspect of the woman. The heads arise from a single body. She was only one woman. But she led a complex and layered life. On the right, Judy Chicago paints a powerful orator. Hand raised and mouth open, she’s unabashed. It’s a stylized face – like a shield. This portrays her fearless rage against injustice.

On the far left enslaved Sojourner weeps. This naturalistic portrait feels stripped down to the core of her losses. The powerful lied to her, stole her children, and raped her. In her book about The Dinner Party, Judy Chicago says this Sojourner weeps for all slaves. She cries about continual American racism. Sojourner’s speeches felt so profound because her emotions ran deep. Her concern was not for herself – but the community.

The middle face is the most abstract. Chicago based this on traditional African masks. She uses a band across the top of the mask that’s repeated in Sojourner’s table runner. It conveys a familiar strip weave quilting pattern. Slaves sometimes incorporated fabric smuggled from Africa when making quilts. These vestiges were a way to keep their heritage alive.

Sojourner’s plate spotlights her strengths. She teaches by example how to overcome adversity. Never forget who you are. Stay humble and true. Speak loud and clear about what happened to you and what you learned. Never give up. Keep hope alive.