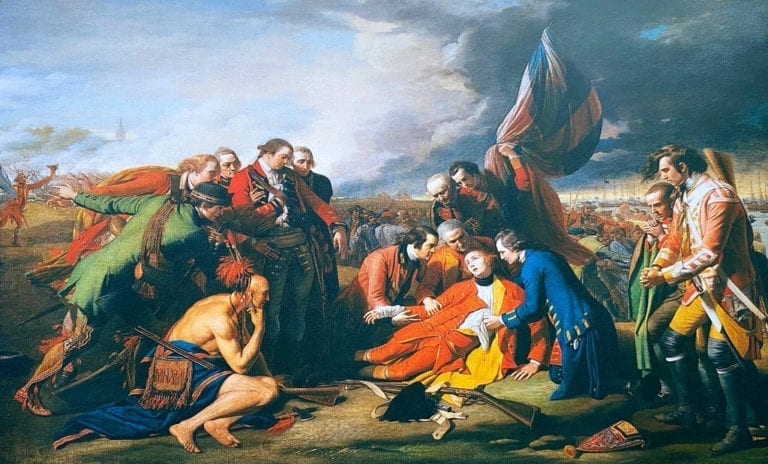 Learn truths behind the false spectacle of West’s painting The Death of General Wolfe such as:

The General’s bloodless blouse after a three musket ball death.
Soldiers paid to be in this history painting.
And the surprising answer to Frequently Asked Question, “Why did Benjamin West paint The Death of General Wolfe?” Venus Lamenting the Death of Adonis by Benjamin West tells an ancient story. The beloved goddess Venus fell hard for heartthrob hottie Adonis. But it was not meant to be. In fact, she knew his destiny for an early death on the hunt. No matter how much Venus warned him and pleaded, Adonis dismissed her.