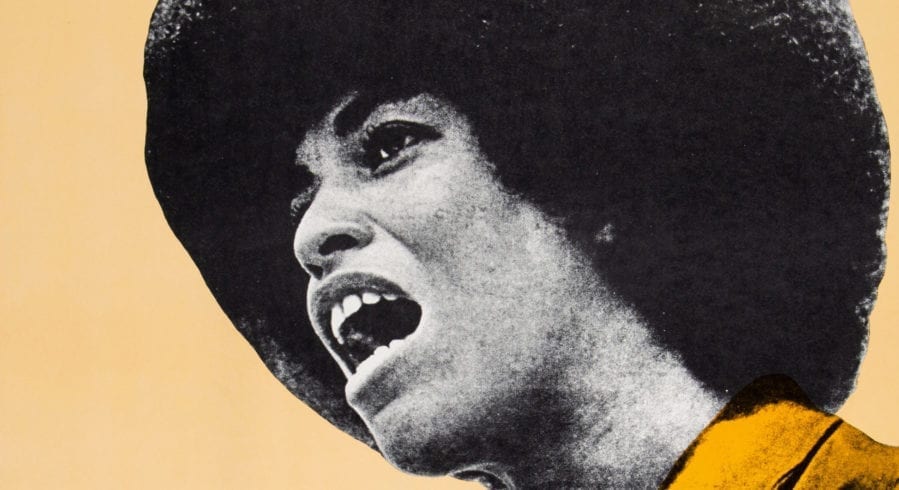 It’s been said that well behaved women don’t make history. But let’s refrain from judging our history makers. These women rewrote the story of our country with wily ways and resilience. They changed it for the better. Ms. Behavior honors the mothers of American history.

Who is Angela Davis?

Angela Davis made history with a powerful and poignant voice. Her work began in the sixties Civil Rights Movement and continues today. Scholar, activist, writer, and all around badass, she exemplifies strength.

It was 1970. Richard Nixon was President and Ronald Reagan Governor of her state, California. That’s when Angela Davis made the FBI’s Ten Most Wanted list. In fact, when the FBI captured her, Nixon congratulated them and called Davis a “terrorist”.

But Angela Davis fought — still fights — with intellect not terror. She’s a researcher and author of nine books; Dr, Davis is also an esteemed professor and coveted speaker. It might seem a leap from her first foray in the media as a Black Panther, Communist, and all around radical. It’s not. From the second her face graced that first TV screen, Angela Davis was always a scholar and teacher. In fact, she was a Professor at UCLA in 1968. That’s when Dr. Davis first captivated our country.

What Constitutes Her Ms. Behavior?

Dr. Angela Davis stands out even among Ms. Behavior change makers. She’s a special hero of American history thanks to her restraint under fire. Bullets started firing at her soon after she took her first job. Political fire.

Angela Davis was already known as a radical feminist and activist. She spoke openly of her Communist Party membership. Same with her Black Panther Party affiliation. The University of California knew this. Yet they broke from a twenty-year anti-Communist policy and hired her anyway. In fact, UCLA beat out Princeton and Swarthmore to hire this Assistant Professor of Philosophy. That speaks to what a big deal Angela Davis already was.

It’s also no surprise that they went on to terminate her less than a year later for… Communism. Then-Governor of California Ronald Reagan fanned the flames of her firing. After a judge found this firing unlawful, UCLA re-hired her again. Then fired her again, this time “for making inflammatory remarks”.

But this was only the first brushstroke in the painting of Angela Davis as a target. She owned guns; or at least guns were registered in her name. Some of these were used in crimes including kidnapping and murder. Though not an active participant in any crime, that was enough to get her on the FBI’s most wanted fugitive list. Dr. Davis hid out for awhile. But was soon nabbed and brought to prison where she spent 16 months awaiting trial.

During that time thousands across the nation organized a movement to support her. John Lennon and Yoko Ono released the song Angela in her honor. A dairy farmer and rich business man teamed up to pay her bail. But what finally freed Angela Davis was the all white jury that declared her not guilty. She didn’t just make Black History. Dr. Davis changed American History. More than a game-changer, Angela’s a SheRo because she’s a hero.

Angela Davis has zero pretense but maximum clarity of purpose. That’s why she’s made such a difference. The span of her impact is vast. From the Civil Rights and Women’s Movements to Mass Incarceration, her voice reverberates even today. She remains a resolute force of calm and clear insight.

From the start many have tried to sidetrack Angela Davis. Check out the video below for an early example. This woman’s indistractable. She’ll answer “the wrong” question, maybe. But it will not sway her off course. Part of this lies in her solid sense of self. She holds her own space. Indistractable doesn’t make her intractible, though.

The quality that sets her apart is her ability to stay flexible. Many thinkers with unwavering ideals tend to fossilize as time goes by. Their notions and stances get crusty with age and decay. But Angela Davis keeps evolving and refreshing. She stays relevant. Her thoughts on feminism illustrate this. In her recent book, Freedom is a Constant Struggle, she writes:

This refers to the inherent contradictions of any ism. They are messy conglomerations, these isms. Epic power struggles enmesh with ordinary everyday behavior. Angela Davis talks about heroic individualism and how our culture glorifies it. Meanwhile, real and lasting change also happen thanks to communities working together bit by bit.

Violence and liberation set another example of contradictions that work together to change the world. Check out the history-making Angela Davis video below to see what I mean.

Davis speaks of the interconnections of all social justice struggles. Beyond the Civil Rights Movement, she also talks about feminism that lies outside the structure of privileged women. This is the feminism of intersectionality. It’s about women at the bottom and helping them rise. Angela Davis explains that revolution is a way to free our culture from racist and carceral structures. Even just our idea of feminism is a prison. She says we need to embrace abolition feminism.

That means it’s about raising up women who are at the bottom and giving them opportunities. It’s not about “glass ceiling” feminism. The women who are struggling with a glass ceiling are already in a privileged position to be so close to the top. Davis says real revolution digs deep and builds up those who struggle to even get their voices heard. She argues that the only answer to these isms is revolution.

Davis thinks of herself as a black revolutionary first and foremost. Born in 1944, she grew up in Birmingham, Alabama. Back then it was the most segregated place in the American South. Years ago I heard Angela Davis give a speech about How Change Happens. In it she talks about how segregation changed. It wasn’t because lawmakers passed a bill. Major transformation happened when ordinary people realized they could be agents of social change.

People made a choice to create a new world. They adopted a critical outlook of their social reality. Only then could they see “normal” as changeable. Instead of perceiving their everyday lives as the only way, they allowed themselves to imagine a better world. At the time of her childhood, this meant “Whites Only” drinking fountains, bathrooms, and seats at the lunch counter. Seeing these signs as wrong instead of “normal” was the first step to change. Once change can be imagined, it can happen. So, segregation changed first in the imaginations of ordinary people.

Of course, imagining is not enough. Collective intervention must follow. But before any of that can happen, lies essential critical thinking. That’s where Angela Davis shines. She’s such an effective teacher and leader because of her brilliant insights. Her voice echoes, visionary and inspiring, long after you hear her speak. That’s because Angela Davis makes you think different. It creates new pathways in your brain. So, you’re changed just from listening to her.